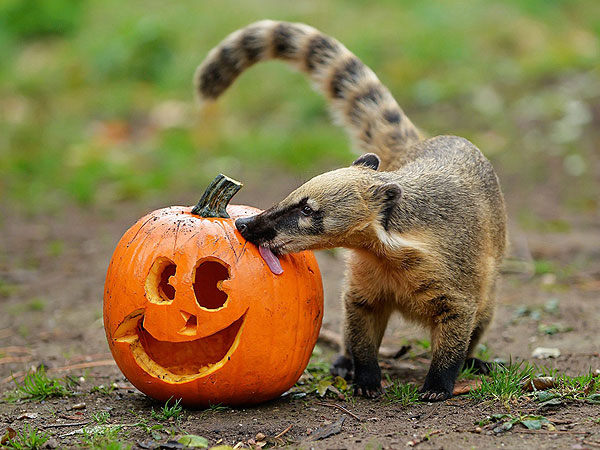 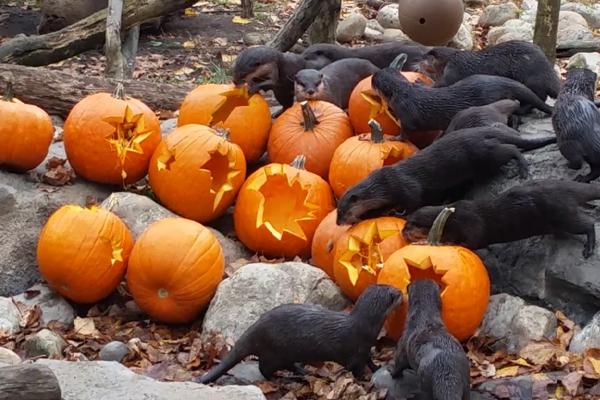 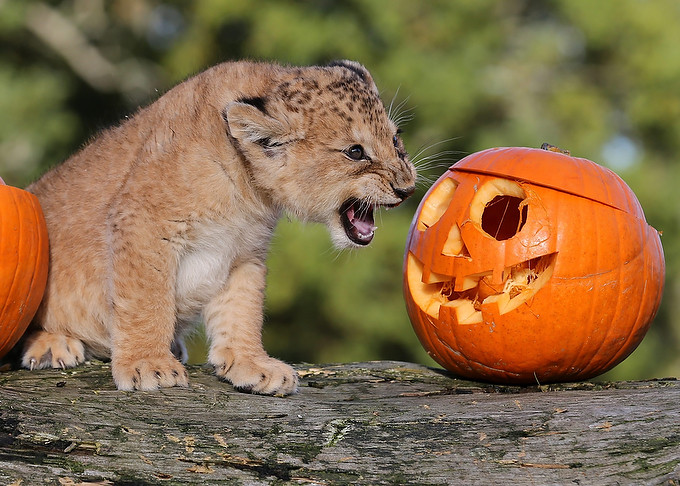 Karis, an eight-week-old lion cub, at Blair Drummond Safari Park in Scotland on 10-29-13, by Andrew Milligan 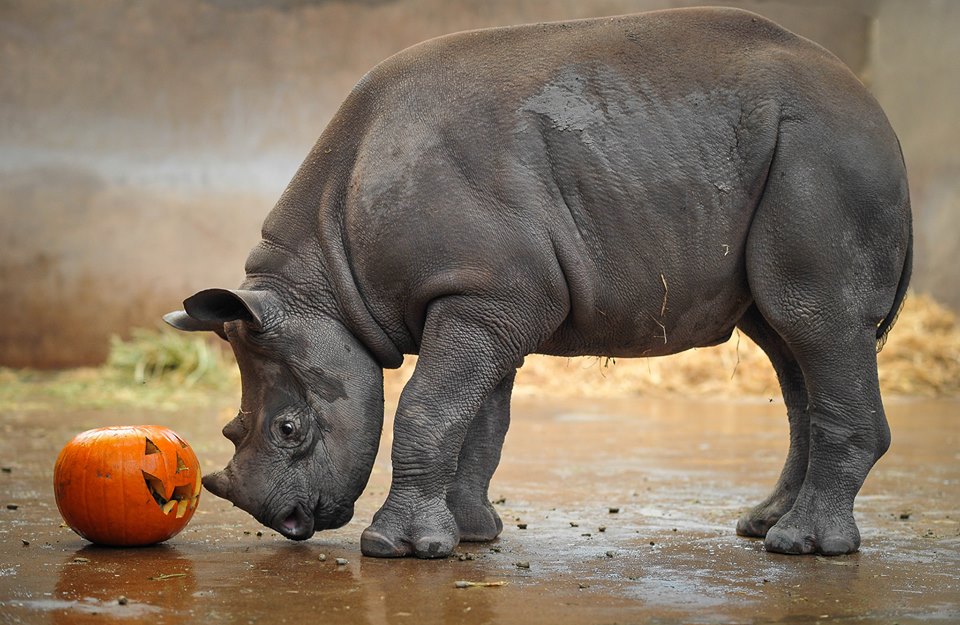 Dakima, a seven-month-old black rhino calf, at Chester Zoo in the UK on October 2013
Videos of Dakima, and of other animals at Chester Zoo enjoying their pumpkins, are here. 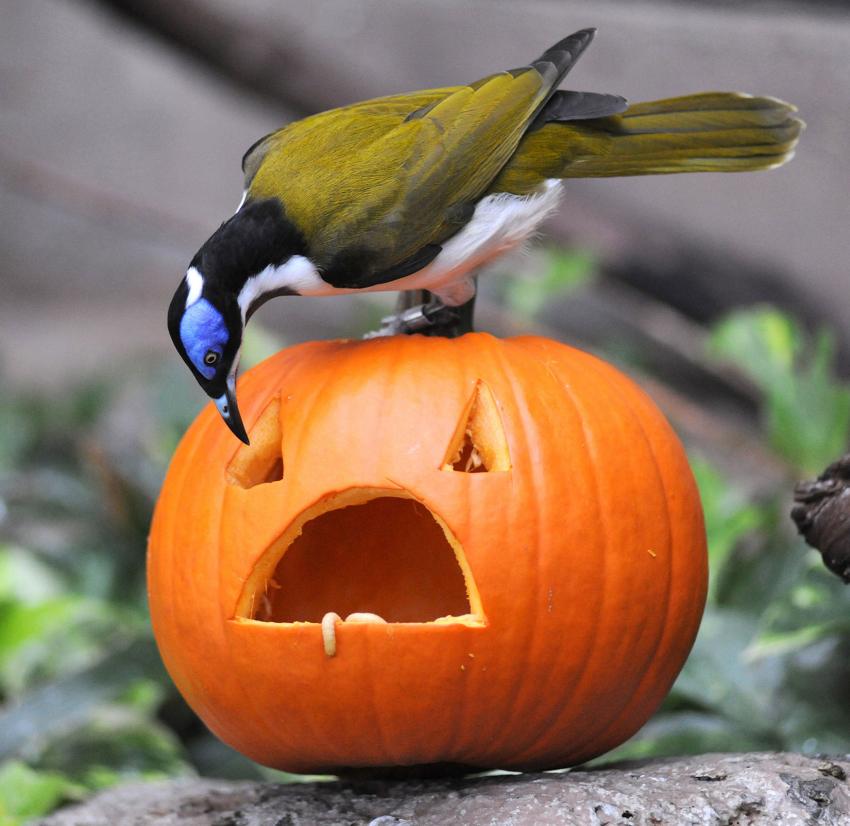 Blue-faced honeyeater, with pumpkin full of yummy waxworms, at Brookfield Zoo in Illinois, 10-27-14, by Jim Schulz 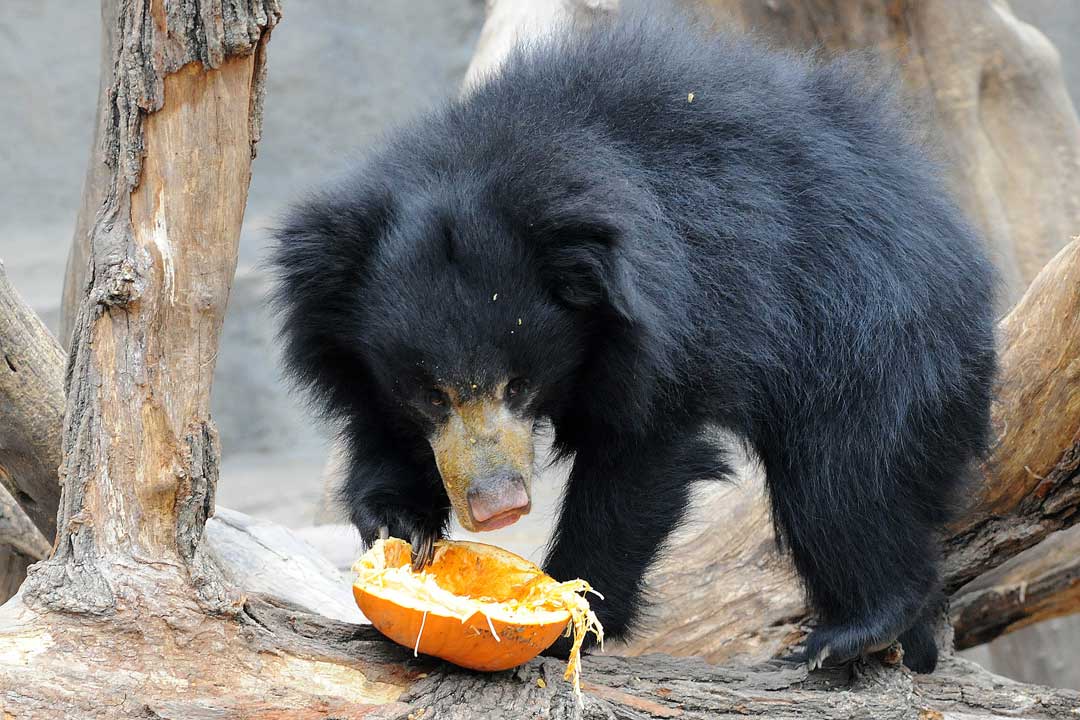 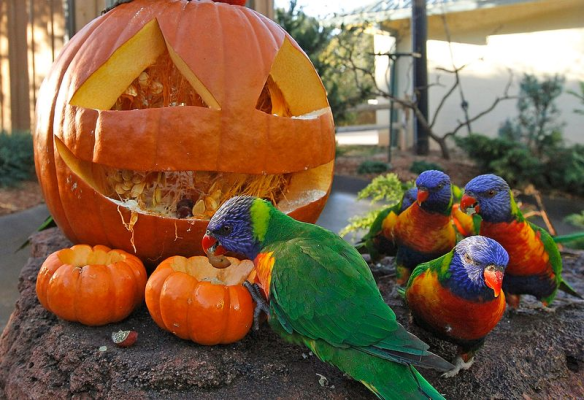 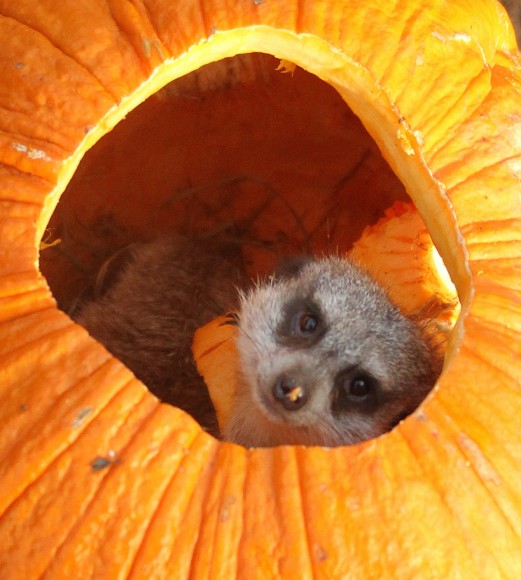 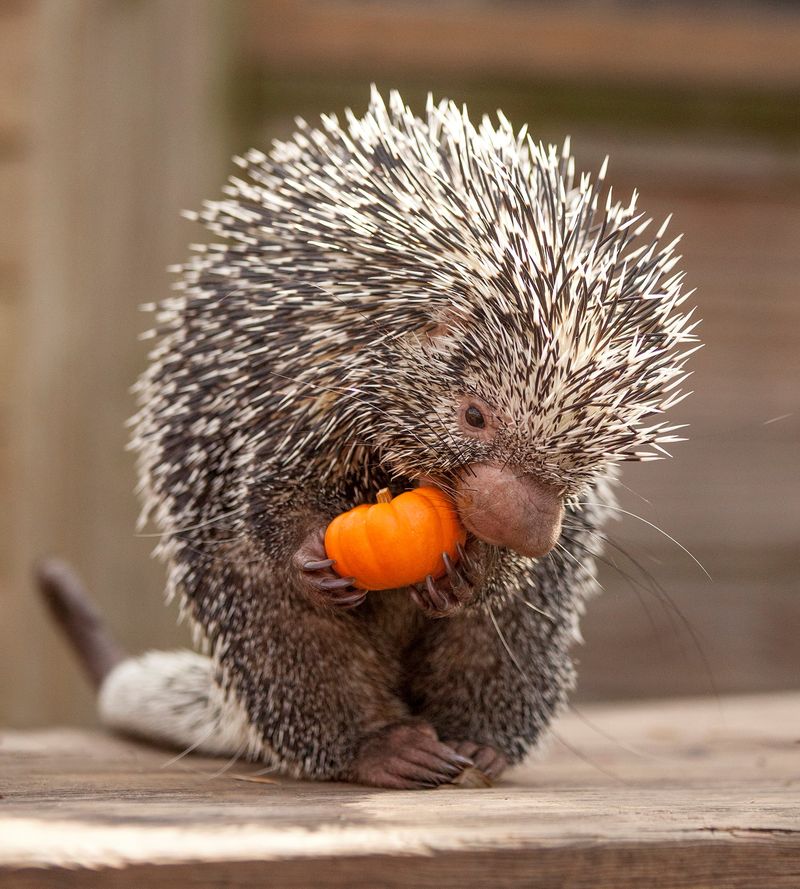 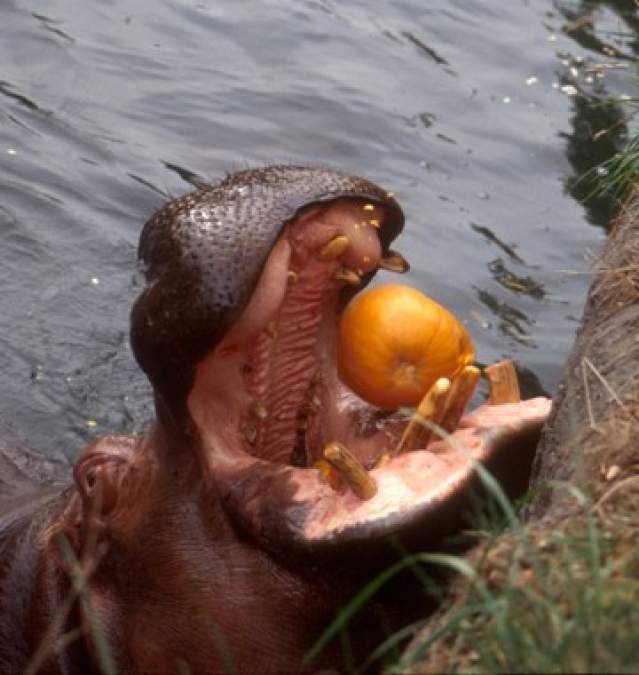 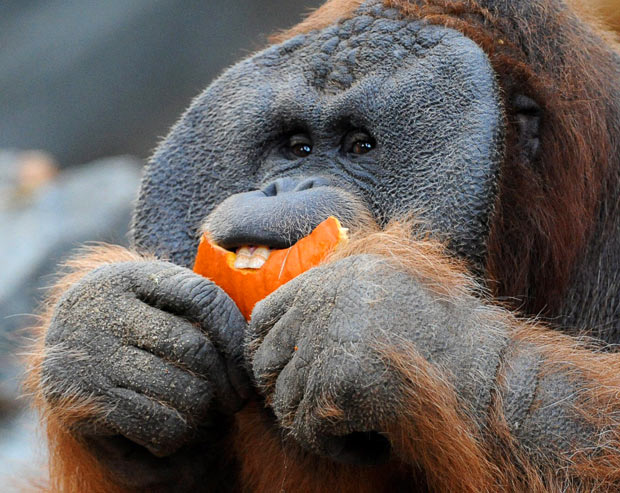 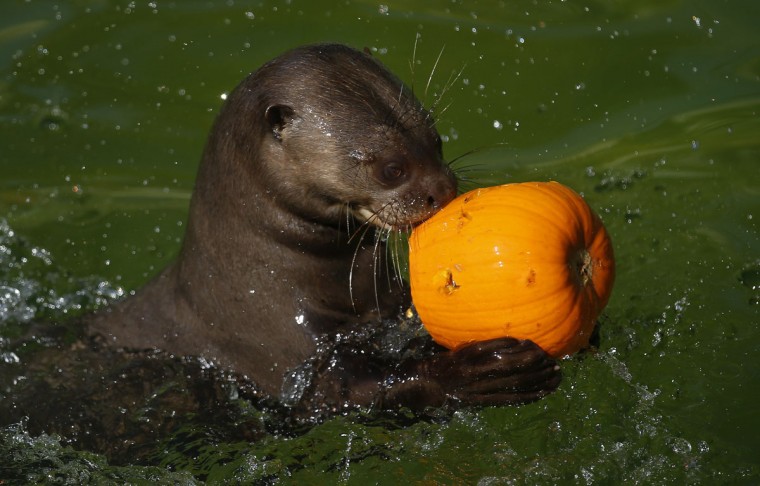 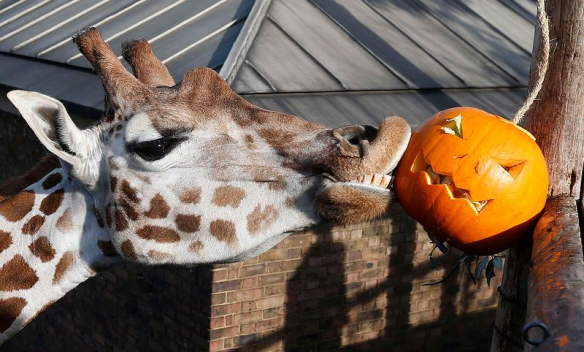 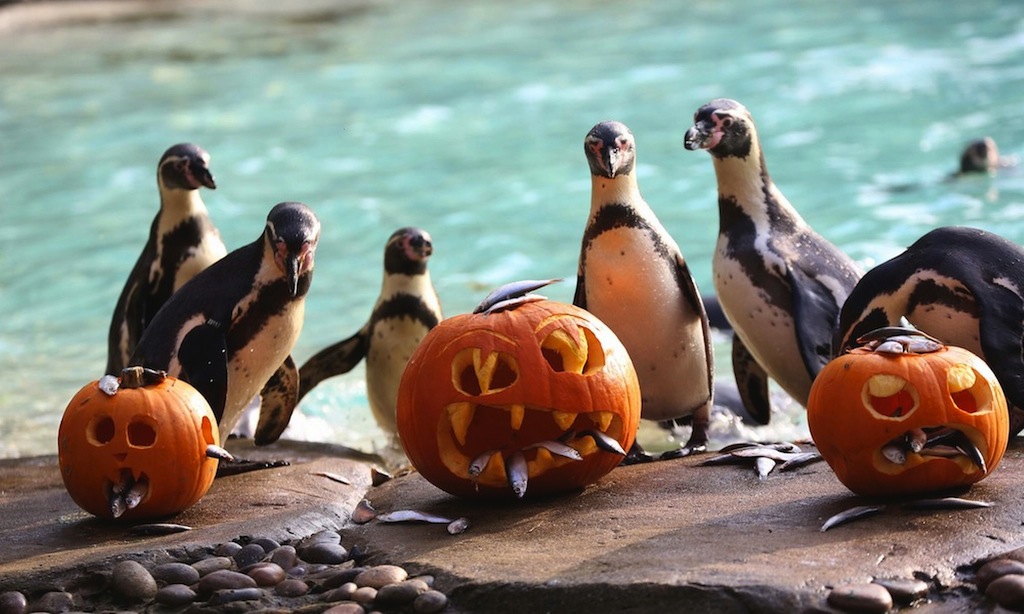 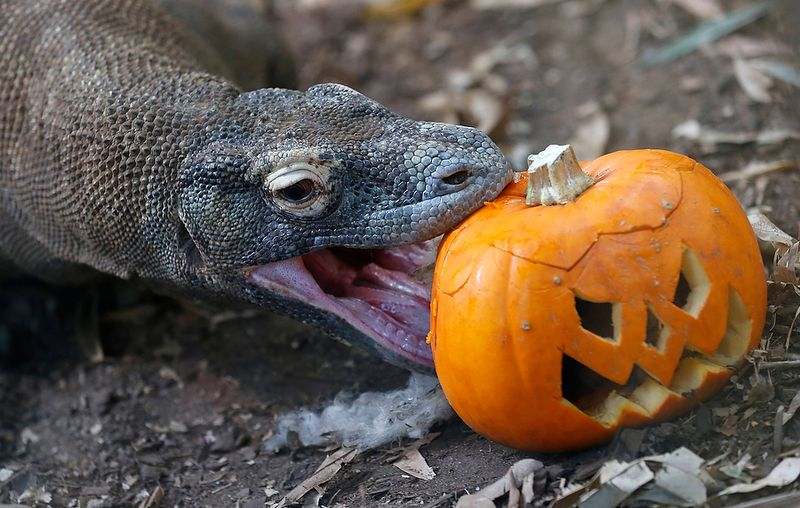 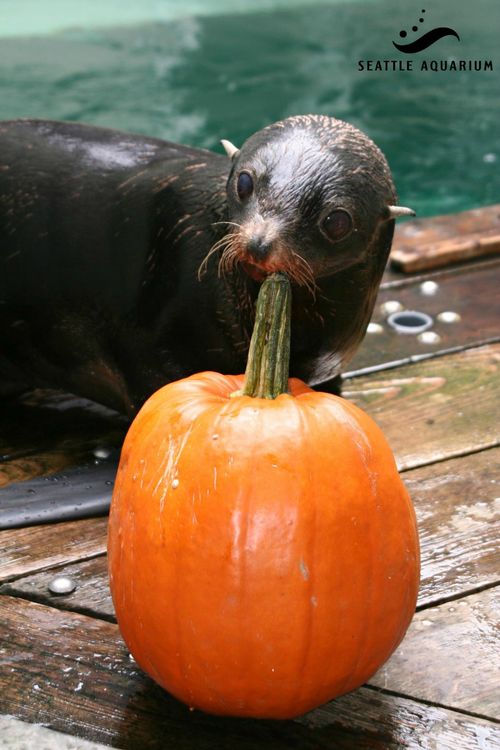 Woodstock, familiarly known as Woody, sadly passed away on January 18, 2014 at the age of twenty-four. 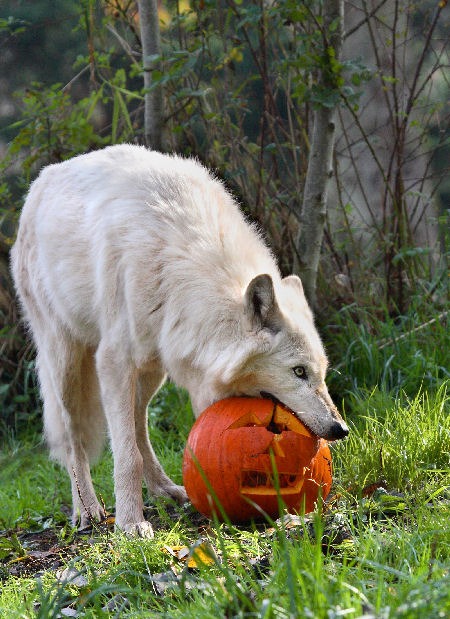